Prestigious United States media The New York Times erroneously calculated a ‘quadrupling’ of racist hate crimes in Denmark and invented a far-right affiliation of one of the suspects in a sickening murder.

The brutal murder of a 28-year-old Danish-Tanzanian man north of the town of Rønne on the island of Bornholm is now the subject of international attention.

An article by The New York Times is one example of this, describing the crime with the headline: “A Black Man Was Tortured and Killed in Denmark. The Police Insist It Wasn’t About Race.”

Numerous Danish commentators and organizations have criticized the Danish police since the murder, which took place in the early hours of Tuesday last week.

Two young men, both ethnic Danes, are suspects in the case. One of the men has links to extremist right-wing groups. As such, critics have argued that the killing has a clear racist motive and are astonished that police are not saying the same thing.

Several of these critics have praised the New York Times article, which places the Bornholm killing within a trend of increasing racist violence in Denmark in recent years.

But The New York Times uses an incorrect reading of statistics on racist crime in Denmark, a review conducted by the fact-checking media TjekDet.dk has found.

The EU report states that, in 2006, 35 racially-motivated hate crimes were registered in Denmark. The figure had increased to 140 such crimes in 2016.

But a number of factors make it impossible to conclude that the number of racist hate crimes in Denmark has quadrupled – as is reported by The New York Times.

First and foremost, The New York Times appears to have overlooked an annotation in the EU report which points out that data from before 2015 cannot be compared with subsequent years.

In 2015, the Danish National Police (Rigspolitiet) took over the task of monitoring hate crime figures from the country’s national security and intelligence agency, PET. Additionally, data from online hate crimes were included from this point onwards. As such, the numbers in the EU report are not comparable.

The table from the EU report which, due to an incorrect reading, enabled The New York Times to claim racist violence in Denmark has quadrupled. A note at the bottom states that data from different years are not comparable (highlighting by TjekDet).

“What we have here is two different methods for registering hate crimes. We have become more thorough at identification of cases by introducing better search criteria,” said Allan Holm, head of department at the Danish National Police’s Nationale Forebyggelsescenter (National Center for Prevention).

This thoroughness consists in particular of a change in practice by the National Police towards looking for racist motives in normal investigation of crimes like threatening behavior or assault.

PET declined to comment to TjekDet on the pre-2015 figures, since the task of registering hate crime data now lies with the National Police.

But in the agency’s report Kriminelle forhold i 2012 med mulig ekstremistisk baggrund (‘Crimes in 2012 with Potentially Extremist Backgrounds’) – upon which the data in the EU report is based – there are clear conditions for comparing the figures over time.

Not until 2009, for example, did PET write to local Danish police districts to set out key elements in the registration of hate crimes.

“PET’s assessment is that the change to (registration) in 2009 gives a more accurate picture of the number of cases encompassed by the scheme,” PET writes in the report.

But The New York Times nevertheless used the figure from 2006 and thereby calculated a quadrupling.

In an email correspondence with TjekDet, The New York Times initially maintained that its reporter had read the EU table correctly. Following further explanation of the table, however, the US newspaper recognized it had probably made a mistake.

TjekDet has not received any response as to whether The New York Times will change the article.

Local Danish police by the crime scene on the island of Bornholm. (Presse-Fotos.dk/Ritzau Scanpix)

Too uncertain to conclude increase

Another place where trends within certain crime types might be found is a study conducted by the Danish Ministry of Justice, Offerundersøgelse (Study of Victims), which encompasses the years 2008-2018.

Here, the Ministry of Justice assesses the extent to which the Danish public is subjected to certain types of crime by asking the victims.

The study estimates that, between 2008-2018, around 4,700 victims of assault between the ages of 16 and 74 felt certain they were subjected to racially motivated violence.

Around 4,000 assault victims felt that they might have been involved in a racially motivated incident.

But it is not possible to say whether racist violence increased or decreased during the years in question, the ministry’s research office told TjekDet via email.

“Based on the Offerundersøgelse, it is not possible to say whether more or fewer hate crimes are being committed in Denmark. This is because this study is a public survey in which a sample of society took part. That means that the research material for this type of crime is not enough to conclude a yearly trend with statistical certainty,” the ministry wrote.

The year-to-year change in number of victims in the study is therefore too small to conclude whether the figure is actually increasing or decreasing.

The Danish Institute for Human Rights and the Center for Prevention of Exclusion, both of which receive reports of hate crimes, have both previously told TjekDet that available statistics do not make it possible to say whether the rate of racist hate crime in Denmark is increasing.

Errors in the New York Times article on the Bornholm killing do not appear to be limited to statistics.

According to the article, the two brothers who are suspects in the case have both been connected to extremist right-wing groups. One suspect is tattooed with a swastika as well as the words ‘white power’. The second suspect is reported to have expressed sympathy for Stram Kurs (‘Hard Line’), an extremist right-wing political party, and has a Facebook cover photo containing the words ‘white lives matter’, the American newspaper reported.

This description has not been supported, however. The tattoo, far-right affiliation and Facebook photo are all thought to belong to the same suspect, the older brother, according to a report by Danish newspaper Berlingske.

“To my knowledge, my client has no affiliation with either the far right or any other party. As far as I understand it from his loved ones, none of them are aware of any affiliation with the right wing,” Asser Gregersen, lawyer for the younger brother, told Berlingske.

The New York Times has since published a correction and now states that one of the suspects has neither expressed sympathy for, nor has any affiliation with, the far right.

Meanwhile, an acquaintance of the deceased has taken offence at the way he is represented by The New York Times, Berlingske reports.

“Another family friend, Tobias Krahmer, told local news outlets that he thought the killing was not racially motivated. But activists say Mr. Krahmer, who is white, ripped down a ‘Black Lives Matter’ banner outside the Bornholm courthouse on Friday,” the American publication wrote.

But Tobias Brandt Krähmer told Berlingske that he is “furious about that characterization”, and that it is “very far from my world to be racist”.

“I didn’t remove a banner from the courthouse, the banner was hanging from a stage. I was upset at the words ‘no lives matter until black lives matter’ on the banner because I was thinking of the loved ones of all the other people who have died,” Krähmer told the Danish newspaper.

TjekDet is a fact-checking media based in Copenhagen, Denmark. TjekDet is member of the International Fact-Checking Network (IFCN), which is a unit of the Poynter Institute (USA) dedicated to bringing together fact-checkers worldwide. TjekDet is a verified signatory of the IFCN code of conduct.

The Danish version of this article can be found here. 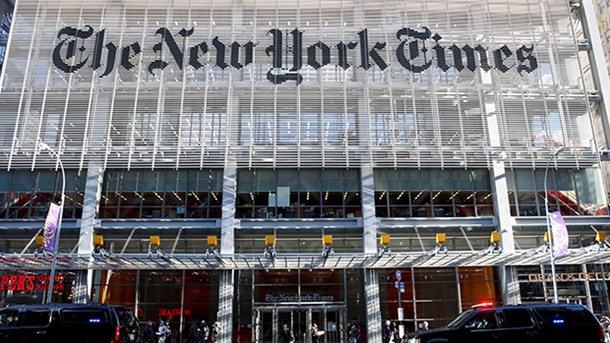 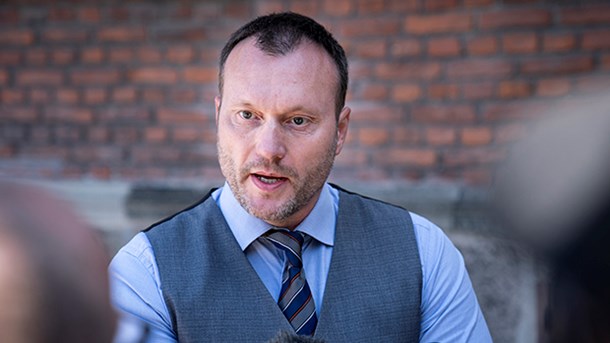 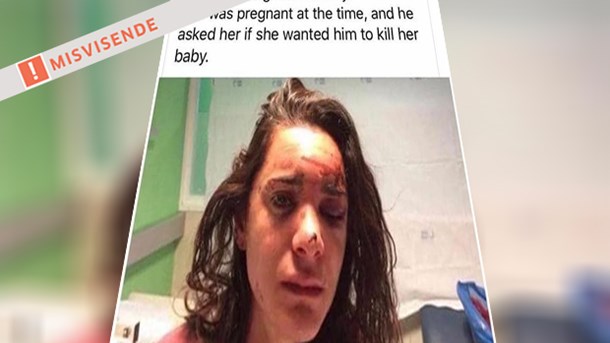 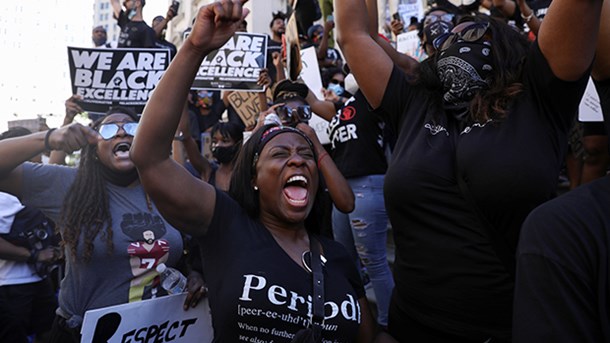 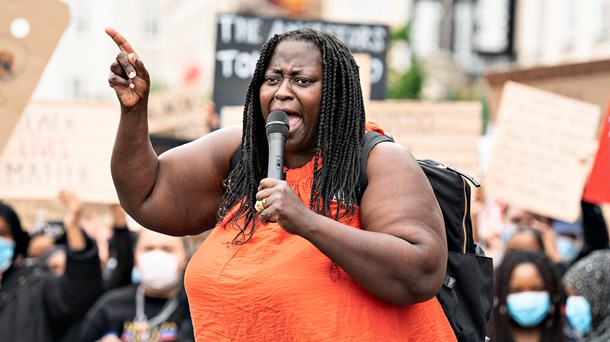 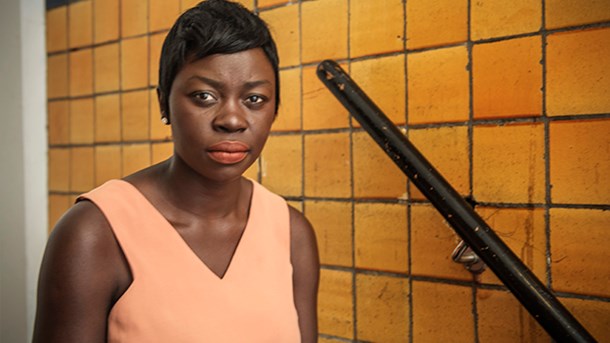 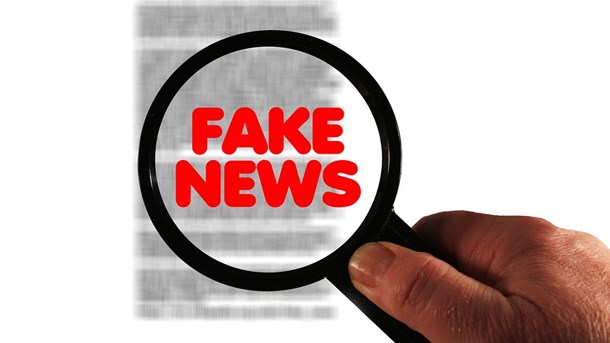 Prestigious United States media The New York Times erroneously calculated a ‘quadrupling’ of racist hate crimes in Denmark and invented a far-right affiliation of one of the suspects in a sickening murder.